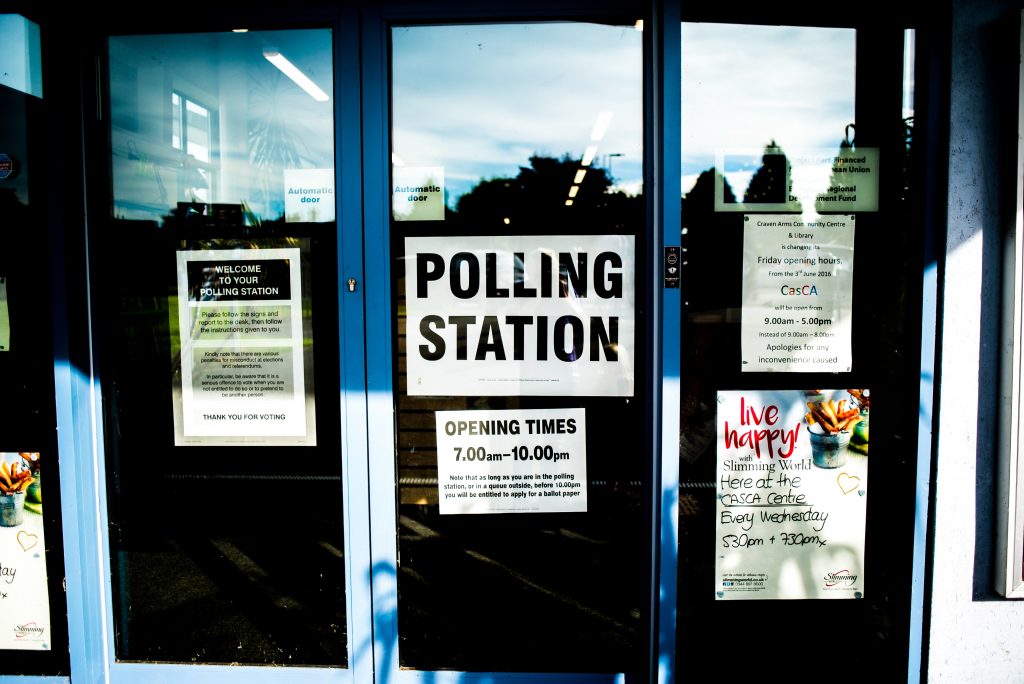 As anyone who has reads or watches news – or follows social media knows, we are in the midst of presidential election fever.  At Project Look Sharp we have been following media coverage of the presidential campaigns (and related stories) with an eye towards ways in which media literacy approaches – especially our constructivist media decoding (CMD) pedagogy – can encourage students to analyze and question the political messages they see, read and hear.  And those messages occur in so many different types of media forms – including print and TV advertising, news stories, blogs, televised speeches, political cartoons, campaign websites, magazine covers, lawn signs, editorials and opinion pieces, T-shirts and bumper stickers – and even tiny MAGA hats for pigeons.

In fact, there is so much to talk about regarding media literacy and politics that I will be coming back to this topic periodically over the next 9 months.  In doing so, I’ll highlight some of the lessons we’ve developed at Project Look Sharp that focus specifically on presidential campaigns in the context of U.S. history and social studies.  In 2005 we published a curriculum kit called Media Constructions of Presidential Campaigns that included background information, handouts, and media decoding lessons for presidential elections from 1800-2004, which was later updated to include lessons related to the historical 2008 election. There are nine sections each focusing on a different time frame and focus, ranging from “The Campaign as Spectacle” (1828-1840) to “Targeting the Spin” (2000-2008) with a total of 123 lessons that use critical questioning and media decoding to teach core content about the issues of the day and the ways candidates and other media framed them.  We now use a shorter, activity-based format for our lessons, which we used to create more than a dozen new lessons related to the 2016 presidential campaign – including “Meaning in Memes,”  “Ensuring Voting Rights,”  “Responding to Climate Change” and “Media Making the Candidate?”

In addition to the specific Look Sharp lessons, there are two aspects of presidential politics that have been very much in the news lately, so deserve special attention today:  political debates and polls.

Many people think the first debate during a presidential campaign was the Lincoln-Douglas debates, but that wasn’t when the candidates were running for President – it was in 1858, when they were running against each other for Senate (an election that Lincoln ultimately lost, but had enormous newspaper coverage which helped him to get elected President two years later).  At that time, most newspapers were affiliated with political parties – and framed their coverage of each of the 9 debates in ways that would be more flattering to their preferred candidate.

It wasn’t until 1960, however, that the first actual Presidential debate occurred.  The Nixon-Kennedy debatechanged presidential campaigns forever, demonstrating the power of television to influence voter perceptions. Like a century before, there were reports of manipulation by the Kennedy campaign of the situation to favor their candidate, including requesting that the temperature be kept warm (knowing Nixon would look bad perspiring) and having the candidates stand when speaking (knowing that Nixon’s bad knee would cause him to shift his weight back and forth, thus looking “shifty”).  Current presidential debates are carefully negotiated for exactly that reason – with the campaigns weighing in on everything from the timing to the height of the podiums.  Debates are also often satirized by late night comedy shows, which is reflected in two of Look Sharp’s lessons from the 2000 election, pairing excerpts from the first actual debate between Al Gore and George W. Bush with the Saturday Night Live parody of that debate a few nights later.  Critical thinkers can (and should) apply media literacy questions to both actual debates and the news spin and parodies following them.

Polls also deserve particular mention right now – with new polls being reported daily, conducted by many different organizations, and often with disparate results.  A media literacy approach suggests the importance of asking questions about how the poll was conducted and how it was reported, who and how many people were surveyed, and the nature of the questions that were asked.  This last issue is particularly important given the rise of “push polls” – surveys that are conducted under the guise of collecting information from respondents but are really designed to convey messages about a candidate or topic.  Consider, for example, a poll question that asked “How concerned are you that Barack Obama is a Muslim?  Very concerned, a little concerned, not concerned at all?”  That question is designed to convey or reinforce the erroneous belief that Barack Obama was a Muslim – which was not true.  Push polls are used by all types of campaigns – and it’s important for all of us, especially voters, to identify them and question their use.  Project Look Sharp already has one presidential campaign lesson on polls (related to the 1988 campaign of Jesse Jackson) and plans to post a new lesson specifically about push polls later this spring.

In the meantime, you can find out more about our professional development offerings and explore our huge archive of free lessons, media examples, curriculum kits, and handouts – all grant-funded which allows us to make them available at no charge for educators.  Most lessons are tied to Common Core, C3 and other standards, and you can easily search for resources to find lessons that fit your curriculum.  And as always, let us know what you think!