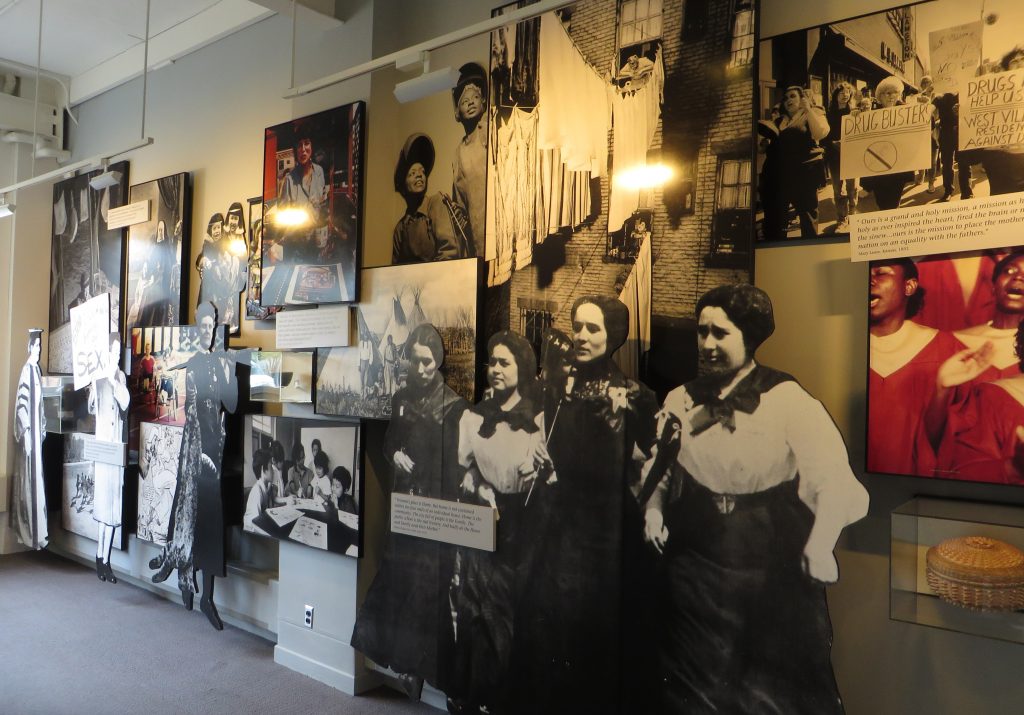 March is Women’s History Month, designed to increase awareness and knowledge about women’s history and to celebrate the contributions of notable and ordinary women (past and present).  This year’s theme is “Valiant Women of the Vote” – honoring those whose decades of activism and commitment culminated in women’s suffrage 100 years ago, and to highlight the work that women continue to play in fighting for the voting rights of others.  The past several years have seen historic numbers of women running for office – including those still running for U.S. President – and renewed interest in the Equal Rights Amendment, which states simply “Equality of rights under the law shall not be denied or abridged by the United States or by any state on account of sex.”  And we’re not there yet.

A growing number of Project Look Sharp’s media literacy lessons incorporate analysis of messages about gender using our constructivist media decoding (CMD) approach to help all students develop the skills to ask critical questions about the media messages they see, read and hear – and to reflect on their own biases, interpretations and responses to those messages. Particularly relevant to Women’s History Month are two units in our full curriculum kit, Media Constructions of Social Justice.  One specifically focuses on Women’s Suffrage, with more than a dozen media forms (such as film clips, postcards, advertisements, and book covers) included in “Hear Our Voices,” a lesson that explores the history of the Women’s Suffrage Movement through media messages.  That unit also includes “We Will Be Heard,” a lesson based on songs from the suffrage movement.

The second unit the Social Justice kit is especially poignant for me: Women’s Liberation.  I was in college when the Women’s Movement started in the early 1970s, and I took one of the first courses offered in the brand new Women’s Studies program at Cornell University.  I remember being astonished by the things that I didn’t know about the contributions of women in our country – having been taught about Martha Washington, Clara Barton and Betsy Ross, but little else.  I campaigned and voted for the Equal Rights Amendment in New York State, attempting to counter Anita Bryant and the popular media reports claiming that the ERA would lead to (shudder) the proliferation of co-ed bathrooms; I argued that we already HAD co-ed bathrooms in our homes and apartments, but to no avail.

The powerful lesson “Claiming Feminist Identities” in the Women’s Liberation unit traces the changing nature of feminist identities over sixty years following World War II.  That is followed by a wonderful lesson called “Identity and Satire” that explores gendered portrayals in popular culture, ranging from the Virginia Slims commercial “You’ve Come a Long Way Baby” to a clip from The Simpsons about the Malibu Stacey doll.  The issue of gender and satire is also the focus of one of our more recent lessons, “Satirizing Women Candidates,” that compares a political cartoon from the 2016 presidential election (“Ditch the Witch” – in reference to Hilary Clinton) with a Thomas Nast editorial cartoon from 1872 with a similar message.

Women’s History Month is also a great time to use media literacy approaches to explore messages using two of our newest lessons – one regarding the barriers to and benefits from girls’ education and one on why family planning matters.  We also celebrate environmental pioneer Rachel Carson in our curriculum kit Media Constructions of Chemicals in the Environment, with one lesson that focuses on readings related to her work and another using video clips with different perspectives on “Silent Spring.”  And while most of our media literacy lessons are aimed at high school and college level classes, we celebrate important women heroes in our curriculum kit Media Constructions of Sustainability for Lower Elementary Grades, including tree steward Wangari Maathai and water steward Marion Stoddart.

You can explore our huge archive of free lessons, media examples, curriculum kits, and handouts – all grant-funded which allows us to make them available at no charge for educators.  Most lessons are tied to Common Core, C3 and other standards, and you can easily search for resources to find lessons that fit your curriculum.  And as always, let us know what you think!