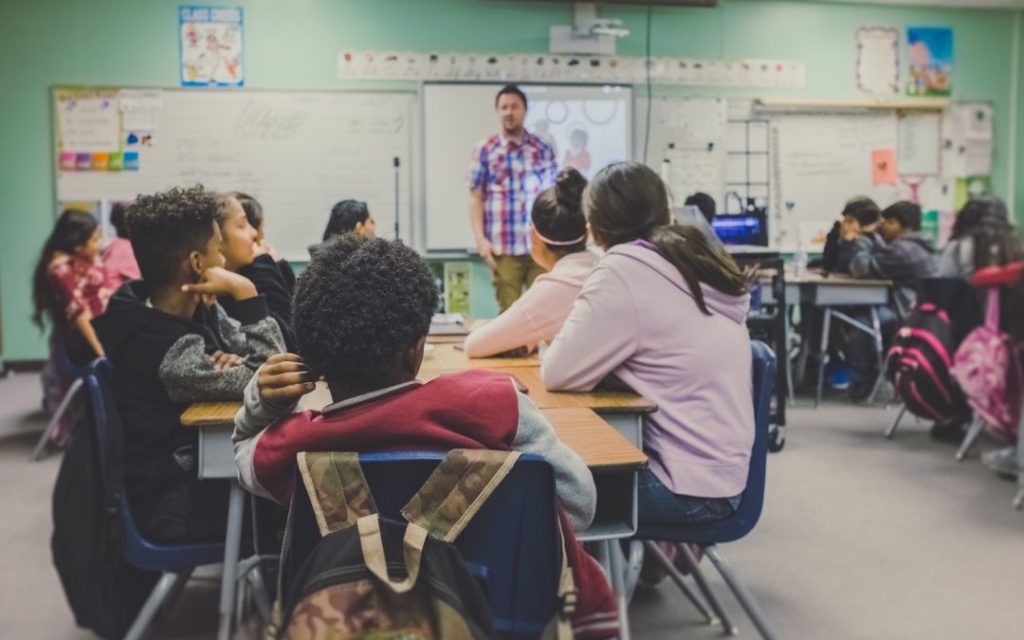 “I want to teach students to think for themselves instead of ‘parroting’ information.”

This is a comment we often hear from educators who want to help students grapple with contentious topics in the classroom.

Media Literacy Education (MLE) is a relevant and powerful way to help students recognize and push beyond “echo chamber” responses, because the first principle of MLE is “to support active inquiry and critical thinking about the messages we receive and create.”

Moreover, while it may come more naturally to question media messages with which we disagree; effective media literacy educators train students to become “strong-sense” critical thinkers who ask questions about all media messages, including the ones with which they agree.

Strong-sense critical thinking is a hallmark of metacognitive thinking—the capacity to reflect on our own meaning-making process.

Helping students to develop the capacity to reflect on how their biases shape their perception is especially important when we seek to teach about challenging topics.

When we recognize that our own biases inform how we judge the credibility of media messages, we can develop understanding and empathy for others whose personal biases likewise shape their interpretations of the world.

Role play can be an engaging, non-threatening and transformative way to develop these skills.

However, educators often report feeling isolated when trying to teach effectively about “hot button” topics. How do you find the support you need to challenge bias in the classroom?

Over the past thirty years, Project Look Sharp’s Director of Curriculum and Staff Development, Chris Sperry, has developed and honed a teaching process that blends role play and constructivist media decoding as a way to invite students to develop their own meaning making.

Chris described this process in his keynote address at the 2009 National Association for Media Literacy Education conference:

“I developed the Middle East unit to challenge students who had just immersed themselves in an intensive study of the Holocaust to take on different perspectives as they studied controversial contemporary issues in the Middle East.  Each of the twenty-two students in the class had chosen or been assigned a specific Middle East leader for the debates. The students each completed a series of research papers on the history of one or more countries in which they wrote from the perspective and in the voice of their character. The debates started with four-minute speeches followed by over three hours of unscripted debates and ended with students voting, in character, on twenty different proposals brought forward by the characters…

The debates were about what people believe deeply and why. They were about conflicting worldviews and opposing truths. The debates asked each student to understand, articulate, and defend their character’s deeply held beliefs and histories in the face of an opponent whose seemingly contradictory truths question their character’s very identity.

I do not think that students could have reached these understandings and been successful in this academic performance without extensive media literacy education. Repetitive, rich and complex content-based media-decoding practice established an environment in which the students could explore epistemology, the study of knowledge and truth. This is the curriculum that perhaps all of my adolescent students are willingly studying. They are trying to figure out what they believe in relationship to their parents, their peers, society; they are trying to figure out who they are. Media literacy – be it analyzing advertising techniques, producing videos about controversial issues, or studying the ways in which their textbooks construct history – is about enabling students to decode their own truths.”

The following comments are excerpted from (one) student’s final written self- evaluations:

“One of the most important aspects of this class for me, was the fact that it made me stand by some of my beliefs, but some of the views I have carried with me my whole life were questioned, not only by others, but by myself as well. This year at times has been a tangled maze of me trying to find where I fit. Though I am not yet sure on many of the issues we covered, I now know what must be done and I have started on a path that many struggle with for life.”

Building on the strengths of the Middle East debate curriculum, Chris and I decided to use a similar format as we developed the  “Voices Role Play” lesson for our Media Constructions of Sustainability: Food, Water & Agriculture collection.

This exercise, designed for two class periods, pairs teammates who study the perspectives of an individual or group on a particular issue, and then debate another pair who have studied a conflicting perspective on the same issue. For example, one pair in a debate on water privatization might study the views of Vandana Shiva, the Indian philosopher and activist; while their debate opponents might study the perspectives of the private sector, United Water Company.

These exercises enable students to carefully consider the perspective of “the other” in two important ways: First, each team decodes two different media documents from the perspective or voice of the individual or group they’ve studied, and then aims to faithfully represent that voice in the debate. Second, they then have another opportunity to consider a different, unique perspective when they debate a team that has studied an opposing viewpoint.

“When I’m doing research projects, now I’m going to look at the biases first, because most of the time students just go straight to the Internet and the first thing that pops up in a google search is the one that they use. But now I think that I’m really going to have to analyze, understand the bias and then get another point of view.”

Inviting in the Whole Student

Like media decoding, role play can provide an avenue to to engage with one another and explore the emotional impact of the issue raised.

For example, a student may reflect, “The person I was representing in the role-play probably felt that…”

In addition, role play enables students to “safely” display emotion in the classroom. It’s “OK” to be outraged, aghast, indignant, terrified or despairing—since they are “only” imagining and expressing what another person may feel. When working in pairs, the teamwork also allows students to share feelings with one other student in a more private way as they prepare for the role-play debate.

When educators implement strategies like these, students connect better to learning, each other, and their teachers.